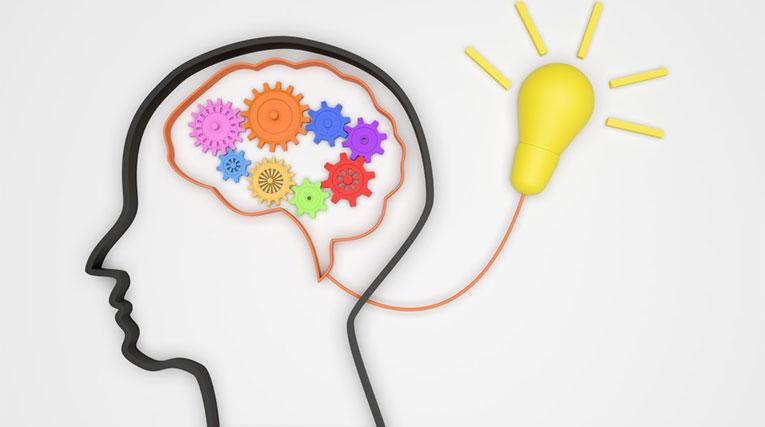 There are a lot of myths surrounding Alzheimer’s. Below are 10 facts about Alzheimer’s that aren’t as well known and will help you get educated about the disease.
By Home Care Assistance - June 27, 2019

1.   Alzheimer’s and dementia are NOT synonyms.

2. Dementia (including Alzheimer’s) is more than forgetfulness.

When thinking of dementia, most of us think about memory but this is only one of six ways dementia can change how our mind works. To receive a diagnosis of dementia, you need to have your cognition change in two of the following six ways:

We call Alzheimer’s a disease but the jury is still out. “In contrast to diseases in which bacteria, toxins, tumor formation or specific genes are clearly implicated in causation, it is more difficult to sustain consistent arguments and reach consensus about a phenomenon like Alzheimer’s where, aside from the contribution of aging itself, causation is undeniably complex and remains, for all intents and purposes, unknown,” explains Margaret Lock in her book The Alzheimer’s Conundrum.

4. Plaques and tangles aren’t everything.

Alois Alzheimer first discovered plaques and tangles in the brain of one of his patients. Today we associate these with Alzheimer’s. When someone shows symptoms of Alzheimer’s their brain is usually autopsied post-mortem and most of the time, plaques and tangles are found, which reinforces our belief that they were the cause of the symptoms.

Thanks to 678 Catholic nuns who donated their brains to science, our beliefs are changing. For the first time, we are looking for plaques and tangles in people without Alzheimer’s symptoms. All the nuns who appeared to have Alzheimer’s in life had it confirmed post-mortem. Shockingly, so did the sisters who never exhibited signs of dementia. This means the plaques and tangles are correlated to Alzheimer’s but are not its sole cause as some individuals avoid being symptomatic.

5. Alzheimer’s is different than other dementias. 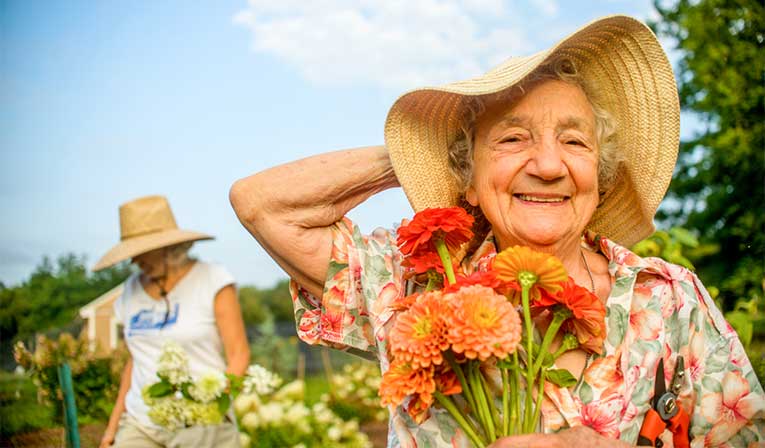 6. A diagnosis of Alzheimer’s does not mean your life is over.

Despite the terrible monikers like ‘shell of themselves’, ‘living ghost’, or ‘long goodbye’,  a dementia diagnosis is not the end of your story. One of the most inspiring groups of self-advocates is Momentia, which is “a grassroots movement empowering persons with memory loss and their loved ones to remain connected and active in the community” in Seattle, Washington.

Other inspirations include Dr. Richard Taylor, Bryan LeBlanc, Kate Swaffer, and Christine Bryden. Many people maintain independence with Alzheimer’s. Are you living with Alzheimer’s? Do you have a role to play in changing the narrative? I have made deep meaningful relationships with many people living with dementia. The diagnosis is not the end of your or your loved one’s story.

7. Exercise can delay the onset of dementia.

A longitudinal study of women in Sweden showed a high level of fitness in mid-life correlated with substantial declines in dementia diagnosis. Just 5% of the highly fit women in the study were diagnosed with dementia, compared with 25% for the average and 32% for the low-fitness groups. Even for the minuscule 5% of highly fit women who received a diagnosis, they were diagnosed on average 9.5 years later than their less fit counterparts. Make sure you harness the benefits of exercise to reduce Alzheimer’s risk.

8. Ageism increases your chances of getting Alzheimer’s.

Having positive beliefs about aging is correlated with lower rates of dementia. This effect remained true for those with the APOE gene implicated in the presence of Alzheimer’s. For this at-risk group, positive attitudes toward aging decreased their likelihood of experiencing dementia by a whopping 48.9%. The good news? Age bias is modifiable! Check out Harvard’s Implicit Age Bias quiz to see if you have positive or negative beliefs about aging or take the Attitudes Toward Aging subscale used in the study. Want tools to help change your attitudes toward aging? Check out OldSchool.info, a clearinghouse of vetted anti-ageism resources.

9. How you approach Alzheimer’s matters.

Most of the suffering I have seen does not come from the experience of having Alzheimer’s. Rather it comes from our culture’s disregard of the value of people living with dementia. Applying attitudes of mindfulness and gratitude to living with dementia or being a care partner for a loved one with dementia can increase joy and decrease stress.

The next time you are with a loved one living with dementia, try using mindfulness by being in the moment with them. Mirror what they are doing, how they are sitting or standing. Make eye contact and take a breath together. Give a beat of silence to see if there is something they want to fill it with. If no conversation is sparked, try mentioning something in the present moment such as a beautiful flower on the table. Touch its petals as you talk about how it appears to you so that you are communicating with your body and words. From there use the rules of improv to improve communication through dementia. Use “yes, and…” by saying yes to what is offered and building on it.

10. As a caregiver, not getting help could be costly.

If a loved one receives a diagnosis of Alzheimer’s, get help soon! You do not have to do this alone. You will also be able to better support your loved one if you are able to take good care of yourself as well. Many studies have shown the adverse effects of taking it all on your own.

Building relationships early on with care support is crucial. Support can come from friends, family, community organizations, support groups, and professionals. This helps prevent negative health outcomes for both partners in care. It also eases the transition as more help is needed because those bonds are already formed.

The bottom line? There are a lot of things we can do to lower our chances of ever being diagnosed with Alzheimer’s. If we are, then it’s time to make the most of our lives with Alzheimer’s. I challenge you to look beyond the predominant tragedy story we are accustomed to. As advocate Christine Bryden says:

“What causes the stigma and fear? It’s the stereotype of dementia: someone who cannot understand, remembers nothing and is unaware of what is happening around them. This stereotype tugs at the heartstrings and loosens the purse strings, so it is used in seeking funds for research, support, and services. It’s a Catch 22, because Alzheimer’s associations promote our image as non-persons, and make the stigma worse.”

Exercise, eat right, check your ageism and if you do get diagnosed, educate yourself and rally support throughout your journey.

Alzheimer’s Statistics? We Have Those Too.

Lots of research has been done on how Alzheimer’s is affecting individuals and nations. According to the Alzheimer’s Association, here are ten more interesting facts about Alzheimer’s disease in the United States:

Is Alzheimer’s a disease?

Communication in the Early Stages of Dementia

“Yes, and” … Improv can Help You have More Good Days with Dementia

When the Caregiver Is Sicker Than the Loved One

Aging with Grace: What the Nun Study Teaches Us About Leading Longer, Healthier, and More Meaningful Lives

Kyrié is a radically age and dementia positive coach and thinker. Her passion for story led her to a career in film, studies in Depth Psychology, and ultimately her work with aging. Kyrié calls herself a crone in-training because she believes our world needs elders and we need to train to become them. She is a book author and blog contributor for multiple platforms.