Navigation Menu
A New Approach to

Cognitive Stimulation Designed by Experts, Brought to Your Home. The Cognitive Therapeutics Method is a science-based cognitive stimulation program that is administered one-on-one in the comfort of your home and works to delay the effects of cognitive decline.

CTM can be beneficial to a wide range of clients including those who are worried about being affected by dementia one day and others who are currently experiencing symptoms. The program includes over 300 interventions with varying levels of difficulty to choose from. By selecting interventions that are appropriate for each individual, CTM can not only improve our clients’ mental acuity, but also their overall engagement and happiness.

The Cognitive Therapeutics Method is unique in several ways

Personalized Our team works directly with you and your loved ones to create a personalized intervention plan that meets your specific needs.

Designed by Experts The interventions are based on research and developed by our dementia experts. These interventions address a wide array of cognitive and non-cognitive domains that are not just limited to memory.

In-Home Treatment Our focus on implementing the individualized intervention plan in the home allows clients to maintain their privacy and to function optimally without having to adjust to the confusion and distress of institutional living.

Family Support CTM involves and supports the family members and loved ones who live alongside our clients with dementia. We share monthly progress updates with approved family members to keep them informed on the individual’s progress. 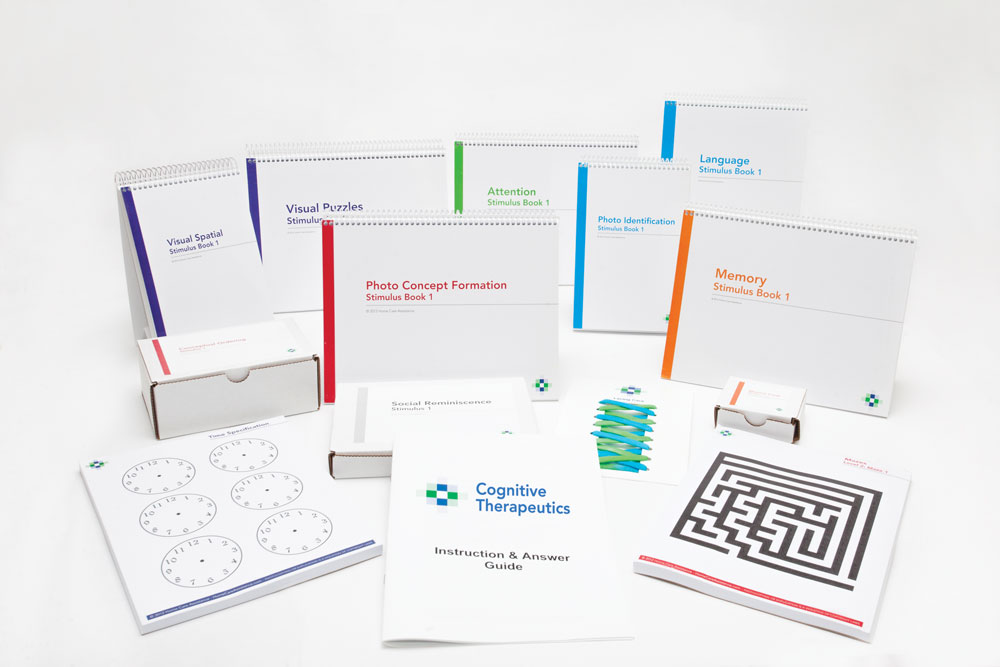 Personalized Programs
Selected from Over
300 Activities 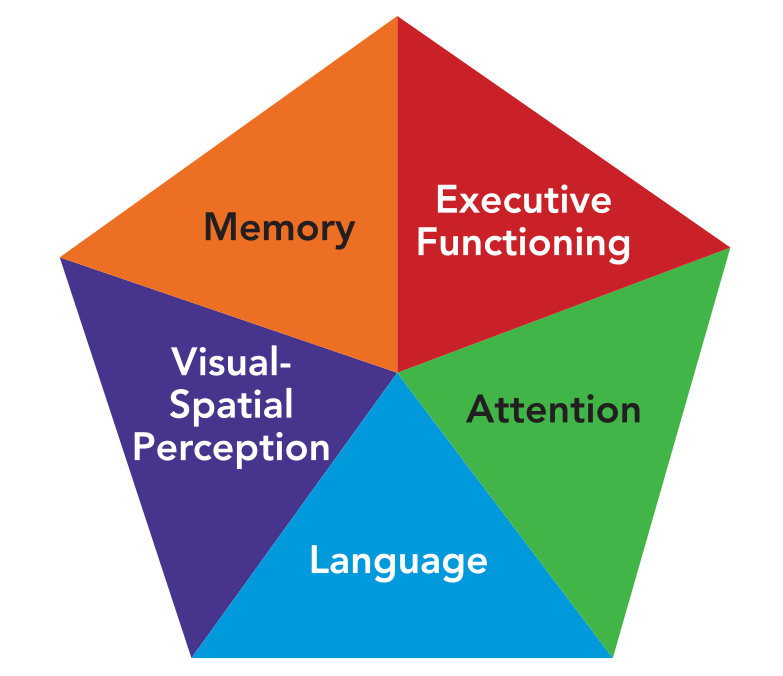 While memory issues tend to be among the first signs of cognitive decline, memory is just one of the cognitive functions affected by neurocognitive disorders. Our proprietary CTM activities not only simulate memory, but also executive functioning, attention, language and visual-spatial perception.

Attention refers to the ability to focus on a specific piece of information for a long period of time while ignoring competing distractions.

Memory refers to the ability to retain information and utilize it later.

Research suggests that cognitive stimulation can slow the progression of cognitive decline and delay the onset of new symptoms. Because CTM is designed to boost brain health for clients at all levels of cognitive functioning, activities have varying level of difficulty. Thus, caregivers are able to adjust activities to each individual client's needs and interests to ensure they are effective and enjoyable.

Since the goal of each activity is to engage the various domains of the mind, we don't place an emphasis on finding the "right answer", but instead focus on the thought process. We strive to make sure the client is always having fun, feeling confident and exercising each cognitive function, regardless of whether or not he or she has the correct answer. Click "Next" below and you'll find examples of our activities from each cognitive sub domain.

OR
Request Information by Completing the Form