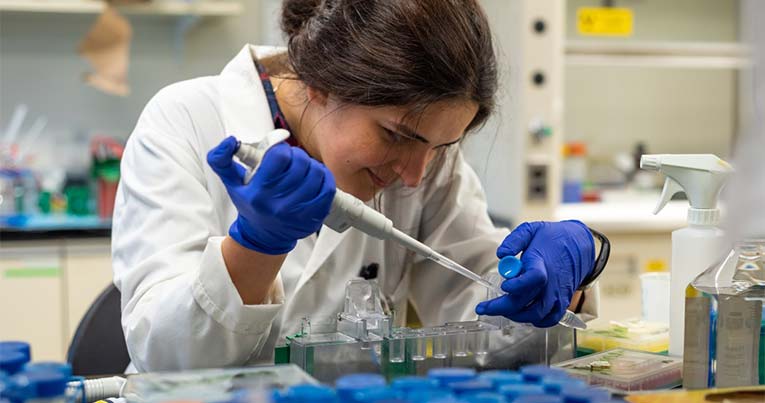 These are compelling days in the study of neurological illness. The rate of the expansion of neurological research for brain health is astounding. This article is intended to inform you about some relatively new research that will give you a broader perspective on what causes Alzheimer’s disease. Let’s enhance our understanding and appreciation for what the scientific community is up to in developing useful treatments for Alzheimer’s disease.
By Home Care Assistance - March 28, 2019

What is Your Brain’s Immune System?

Scientists have their hands full investigating what path of research will produce the most successful results for patients. Much of Alzheimer’s disease research has focused on slowing the development of toxic beta-amyloid plaques in the brain. Yet it has been noted that there is no direct correlation between increased memory loss and an increase in amyloid plaques in the brain. Subsequent medical treatments are not working for patients. Given this realization, some researchers are taking a step back. They are now exploring a path that questions how the brain’s own immune system, called microglia, might pave the way to new, more promising forms of treatment.

The brain has an immune system? Yup. Microglia is a type of immune cell that clean up dead cells and other inflammatory debris in the brain, such as amyloid plaques. When the brain experiences inflammation due to illness or injury, various proteins come to the rescue and plaques are formed. These occurrences implicate neuroinflammation as the starting point for Alzheimer’s disease and other neurodegenerative conditions. Researchers are now diving deeper and moving beyond what appears to have been an incomplete approach. Questioning how the brain heals itself and why it stops are compelling subjects of study.

Immunity and Alzheimer’s – How do they Connect?

The work of neuroimmunology researcher Dr. Jonas Neher at the German Center for Neurodegenerative Disease in Tübingen, Germany focuses on the role of microglia in Alzheimer’s disease and aging. His work looks at the capacity that microglia have to develop immune memory and its effect on neuropathology.

What Dr. Neher has observed is that when the brain is confronted with inflammation, microglia move in to heal the brain. The thing is, if the brain is confronted with the same sort of inflammatory onslaught over time, the microglia learn to normalize the inflammation. This causes them to stop ‘cleaning up’ and fighting off this injury. In other words, microglia ‘learn’ to allow what seems to them to be normal. Thus, subsequent inflammatory events become ‘normalized’ and accepted by the microglia. This realization is shedding light on one of the possible reasons why the immune system seems to fail and not respond to the increase of amyloid proteins and tau tangle formations in the brain.

And then there is Beth Stevens, Ph.D., of Boston Children’s Hospital. She is one of the researchers who is looking beyond the increase in amyloid plaques in the brain. Dr. Stevens is examining the marked loss of synapses in the brains of people with Alzheimer’s disease. Synapses connect the messaging between neurons and are vital when making memories. Dr. Stevens has been studying the microglia and how it destroys unnecessary synapses as the brain matures. At some point, these immune cells seem to get confused and stop disposing of synapses marked by a protein called C1q. The question now is why? What overwhelms the brain’s immune response and allows older synapses and other toxic build-up from being cleaned up? Again, this seems to be a functional connection between the immune system and the central nervous system that requires increased attention.

These are two fascinating examples of approaches to untangle the great mystery that is Alzheimer’s disease. What sets off the immune system from balancing the health of the brain? Do immune cells in the brain learn along the same lines of the brain itself? It makes sense on many levels that the brain and all of its complexity would have the capacity to learn. But like each of us, just because we can learn and develop, we are not guaranteed that we are learning the right piece of information or taking the ‘right’ actions.

Reading these studies and thinking about the ultimate causes of Alzheimer’s disease keeps bringing to mind the importance of living a healthy lifestyle. We need to be proactive about avoiding those substances and lifestyle choices that cause inflammation in the first place. What are we eating? How long are we sleeping? Are we moving and exercising? Are we learning to manage our stress levels? While researchers have the ability to deeply dive into grey matter, we have the ability to do our own research by avoiding inflammation of all sorts.

How the Brain’s ‘Immune Memory’ may Lead to Alzheimer’s