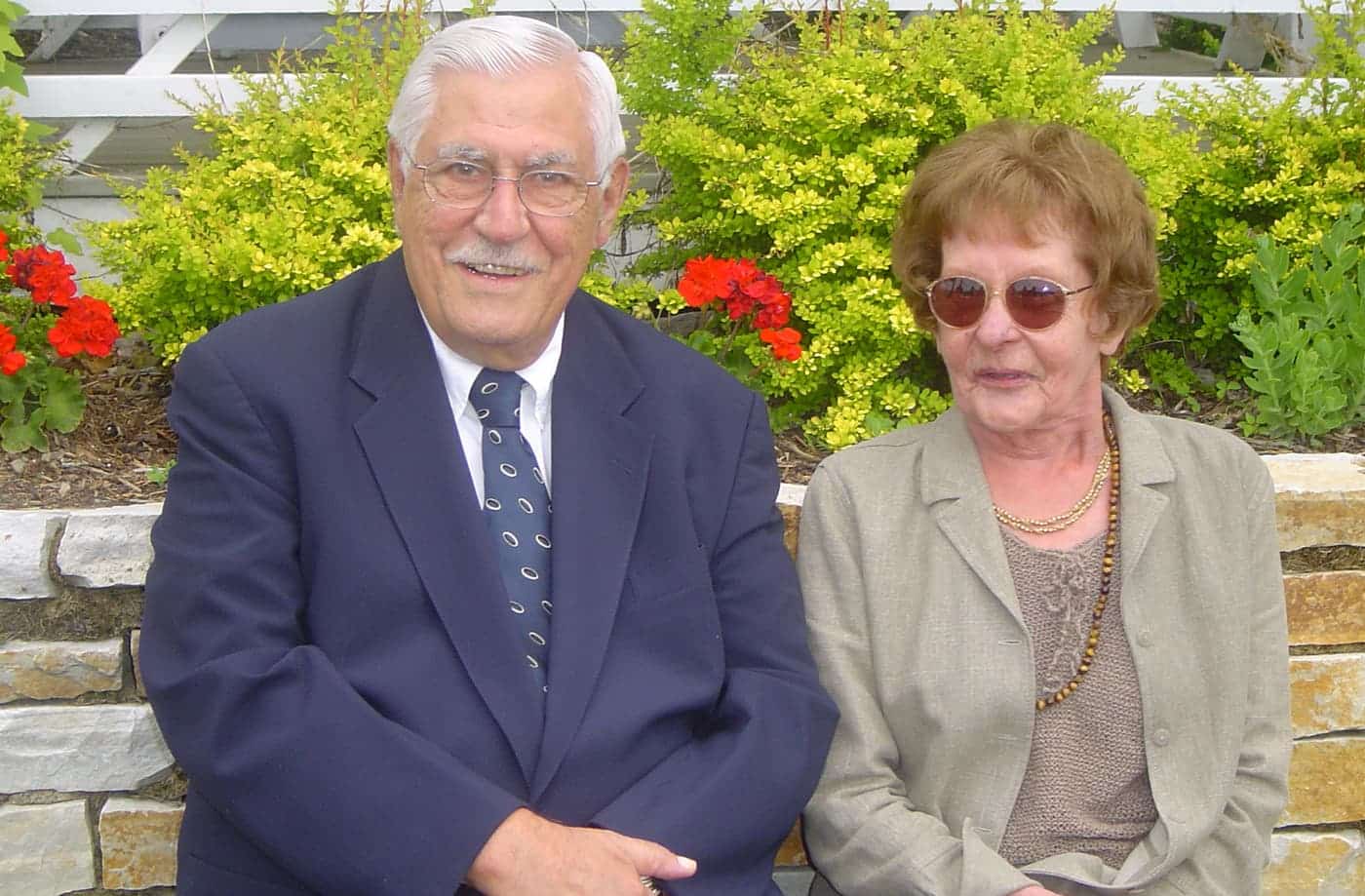 Living With Alzheimer's: A Journey Across Generations

His diagnosis hasn't been easy. For us to see him like this...to see his mind go has been really hard
By Home Care Assistance - September 11, 2018

Home Care Assistance Montreal is the only home care solution offering an innovative, science-based approach to aging. We elevate the standard of care for seniors everywhere. In “Care Diaries,” we feature heartfelt stories from Canadians telling their current life stories about the reality of caring for someone with Alzheimer’s.

André experienced, and still experiences, the daily challenges that result from Alzheimer’s and has witnessed helplessly as his father’s life slowly slips away from him.

My mother died 7-8 years ago. She was my father’s number one caregiver. Because my father was diagnosed with Alzheimer’s 20 years ago, my mother set up a support system that we continue to rely on today.

We feel lucky. We feel really lucky because we never had to rely completely on public or private health care services. Compared to stories I hear and the doctors I’ve talked to, my father’s diagnosis of Alzheimer’s is considered a mild case.

My father was able to stay at his home until January this year. My mother is the reason we were able to keep my father at home so long. The evolution of the disease didn’t allow my dad to be able to be left alone but my mother didn’t let herself rest. She didn’t want to compromise his care. For 10 years, she was his primary and only caregiver.

She refused help from me, my siblings or any caregiving service. Her belief was that she and my father decided to bring us into this world and therefore it was their sole duty to care for their children and not the other way around. Like it crossed her moral values in some way.

The first real signs of Alzheimer’s was when we noticed my father wasn’t able to feed himself. He couldn’t cook anyway, so that didn’t help but it started with him needing assistance to eat.

Eventually, he couldn’t drive anymore. I remember when his doctor told him, it was very difficult for him to accept. He was upset because he knew it would cost him his autonomy.

I remember long periods where my dad knew he had a sickness. He was seeing that he was losing memory and trying to remember things. He tried and tried. The memories just weren’t there and he’d get mad or upset with himself.

Sometimes he would remember a distant memory but would have no idea what happened five minutes before. He talked for years about his childhood but couldn’t remember he just had a shower two hours ago.

We live it. My mother lived it. In her last 3-4 years, my dad’s care demanded so much that she started getting sick. She was in and out of the hospital with multiple health issues of her own. Caring for my dad while she was sick became impossible and the reality set in … they needed help and my mother finally allowed it.

During the time we researched specialized in-home care for elders with Alzheimer’s, it was as easy as a Google search to find reliable resources and services. It was in 2008 we found Home Care Assistance and I admit, I personally felt the need to screen each caregiver. But, it didn’t take long that the caregivers were around all the time and we developed personal bonds and relationships with each of them. I got to the point that I didn’t even think about the caregivers shift rotation or screen any with interviews. I trusted them.

Not long before my mother died, she had a stroke. She never really recovered, she would try to speak and everything would come out goobly gook, she knew… she didn’t like it, it frustrated her …. And, she just went. She didn’t fight. She was 81.

I think… that often the family caregiver is the first one to die. It’s just such a task to look after somebody with Alzheimer’s. Especially between spouses, I’ve seen my mother so invested in looking after my father and the disease that she just tired herself to death. And for me now, being raised this way, I am not expecting anything from my children. We have to decide what I want to do but I wouldn’t be surprised if I am the same way my parents were which is to refuse help for as long as I can refuse it

Or maybe it would push me to accept help. I don’t know.

At the time of my mother’s death, my dad still recognized us; his children and her; my mother. He always recognized her.

But, he didn’t recognize anyone at her service, not even his best friends. He was kinda sad about her passing but not really. We could see that he didn’t fully comprehend what happened. He still doesn’t really know she’s gone.

He never got violent.

He never got aggressive.

He never had all the bad things happen to him. He maintained the same personality but he got slowly… lost. Like, he went into a fog. They say he’s “in the bubble”. We don’t know how it is in there.

They say he’s “in the bubble”. We don’t know how it is in there.

Otherwise, he’s healthy. He’s not in pain. We know he’s not suffering cause when something hurts him, he shouts and says “it hurts me”. He knows when there are people around him too because he smiles more.

He stopped walking when he fractured his hip. The surgery left him in recovery for weeks. When he started rehab, with his condition, re-learning to walk was a long shot. After several days it was clear he wasn’t able to take instructions and rehab wasn’t working.

My father is 92. His Alzheimer’s is so advanced now, he doesn’t know where he is. He doesn’t recognize me anymore. It took about 2-3 months for that to happen … the disease is tricky - it can go back and forth but when he finally didn’t recognize me …. I felt a part of him leave. Pieces of him are gone.

We decided to move him out of the house. He didn’t notice. It didn’t hurt him. He didn’t even know when he was at the hospital. We kept him at home, the same home he lived in for 60 years, for as long as we could which helped with his longevity. He never refused help, always remained gracious and didn’t stress much.

My parents gave us everything they could and we are doing the same for them. The only thing we can learn from this is that we have to take care of our elders. I’m not sure the system will be able to support the aging baby boomer demographic because it’s big and there will be more and more people suffering from this disease. All indications are there. It’s going to be a strain on the healthcare system.

There were many difficult days, but having all the help, all the professional caregiver’s with him, all the time, to take care for his basic needs sure helped to cope.

I saw Half Dome, Yosemite National Park on a Microsoft desktop background and something called me to it. I decided that I would challenge myself and hike to its summit. The trek starts in September. I will be accompanied by my daughter Geneviève. We’re honoring the trek to raise funds for the Federation of Quebec Alzheimer Societies (FQAS). It’s so easy to ask for pledges. The Federation helps to support those afflicted by the disease and their loved ones and they do an outstanding job. We have relied on the FQAS during the entire 20 years of my father’s diagnosis. Our goal is to raise $25,000. We already have $17,000.

I know I am a good candidate for Alzheimer’s. It’s in my family, my grandfather had it too. It’s in my genes, you know. I never looked into the aspect of prevention from a younger age. I just never really did.

I believe that if you stay active, you eat healthily, you exercise your brain, you read, in all due respect, with all the research, we don’t know exactly what causes this disease.

I can’t live my life based on actions because I am trying to avoid a sickness or the potential of this or that problem. I want to live positively, not bound by fear. Because, I prefer to focus on the enjoyment of life, and I think that’s the way it’s supposed to be.

If you would like to support André’s mission to summit Half Dome, please follow the link to his donation page. Every donation helps. https://www.canadahelps.org/fr/pages/escalade-du-half-dome-pour-lalzheimer

This just in: Home Care Assistance Montreal and Beacon Health Care are teaming up to offer caregivers, clients and their families access to a host of COVID-19 and other testing capabilities.

What matters most when hiring a caregiver?

Whether you’re looking to staff up a retail operation or nail down a general contractor, Quebec’s growing labour shortage is putting extra strain on all sectors—including healthcare. That can be a real concern for any family seeking to hire home care professionals to care for aging loved ones.

Feeling burned out? You’re not alone.

At 62, Wendy* is burning out. Not yet retired, she pulls daily double duty between a full-time office manager job, and the evolving needs of her octogenarian parents. Even so, it’s not the exhaustion that gets her down, but rather: the guilt.

OR
Request Information by Completing the Form